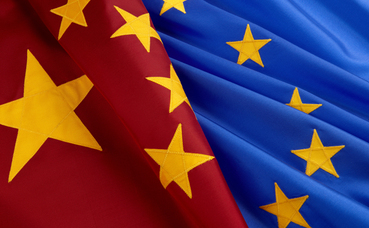 The past year has been crucial for China. It started in the worst way for the Asian giant, with the second stock market crash in January and the fear of capital outflow. But the situation has stabilized in the following months, with the statements of the GDP growth at the level of “new normal” (6,7%). Then,  Chinese government has promoted the “China Manufacturing 2025” plan; a pivotal step change towards the high valued-added goods production, focusing on green economy. Trump’s election has generated (and it will continue to generate) geopolitical and geoeconomics shocks.

If the situation will not change and, above all, it won’t be regulated, in 2017 we will probably see a period of serious turbulences among the three most important economics poles: United States, China and Europe. One of the most important “economic instruments” mainly controlled by China (25%), is the AIIB (Asian Infrastructure Investment Bank). The AIIB is endowed with a capital of 100 billions dollars. The biggest EU countries, France, United Kingdom, Germany and Italy contribute to financing it, but there are many others European countries partecipating to the fund: this one is financed by 57 States in total. The bank purpose is to promote sustainable economic development of Asia, through investments in infrastructures. It is very interesting to observe how China is now looking to strenghten its partnership with European countries in order to promote the Belt Road Initiative (BRI) and to obtain the market economy status, denied by Brussels for now. Firstly, the visit of Jin Liqun, president of AIIB, in Finland and Denmark in March 2016 when he underlined that the bank aims to become a green and clean organization in line with the “philosophy” of the two above mentioned countries. Not at all, he added he has very appreciated the support of Helsinki and Copenaghen and he has concluded with saying that the AIIB highlights every partners: small ones, far ones, Asian and not. Secondly, the AIIB is useful as interconnection tools between the new silk roads and National development plans of member States. The Polish government published a National strategy (Morawiecki Plan), which affirms two things: Poland shall take all necessary to attract foreign capital, both public and private; the AIIB will be an important source of investment for the country. Warsaw hopes to become a logistics hub of trade flows between Asia and Europe, serving as trait d’union between the new silk roads and other European countries. When we talking about chinese investments and strategies in Europe, we can not forget the strong relationship building between China and Greece. This relationship is a warning bell rather than an opportunity for the EU. Tsipras changed his mind about the business with China, before the subscription of the third memorandum of austerity with their creditors in July 2015. He was looking for alternative sources of financing in the event of breach with the Eurozone. At the same time, Tsipras did not understand that a “Grexit” would be nullified China’s interest to make the Pireus port the terminal of the BRI in Europe: actually, Beijing wants a partner inside the EU and not outside that. Finally, we can observe that maybe the efforts of Chinese diplomacy in Germany in order to promote the New Silk Road and the BRI have been succesful (for now). After the inauguration in 2014 of the railroad Duisburg – Chongqing, in which Xi Jinping and Angela Merkel partecipated, the Chinese Embassy in Berlin has continued to actively promote the intercontinental project to the German élites, organizing a series of events within think thanks and foundations based in the capital. Chinese are also very interested to the Venice port as terminal for the Maritime Silk Road: why Venice? Because, the Adriatic port is the closest to the continent, and in particular the eastern Europe. In fact, the production relocation from the west to the east in the old continent makes the Northern Italy port absolutely strategic in terms of minimizing distances and, accordingly, cost reduction.

So, after this brief analysis, the question is: should we have to be afraid? Or, are there opportunities? By talking about the risks, these are linked to the release of Market Economy Status and the acquisition of national strategic assets by Chinese companies and corporations. With a view of predatory economics, of non-shared norms and of norms lackness, the infrastructural investments could be interpreted as a Trojan horse. Again, other risk linked to the BRI can be the establishment of Chinese manufacturing entreprises in the “free zone”. Tax advantages, labour costs that are next to nothing compared to those in Europe (possible transfer of labour from China to the new production sites) and gradual approach towards new markets collectively representing a significant competitive advantage for China. In the other hand, it is clear that the economic relations between Europe and the rest of the world are based on port and airport system. However, the globalization revealed the importance of land connections with Russia and Asian countries. With this view, the New Silk Road represents the direct outlet of the large single European market to east, and also prefiguring the land connection between Atlantic and Pacific oceans. Not only, the OCSE Annual Report underlines the needs to build up transcontinental infrastructures for 53 thousand billion dollars by 2030. Given the chronic lack of public resources of EU’s countries, the national institutions and entreprises should seriously consider the opportunity to attract Chinese investments. China can and should be a strong economic partner for Europe. The EU should exploit this partnership remaining costantly vigilant. No matter to cooperate closely and to receive investments but, it is crucial not to give up national (european) strategic assets.